When you’re looking for recommendations for your child’s summer reading, it’s easy to find recommendations from adults: teachers, librarians, book experts and other parents most often. But are those really the most relevant choices for your kids? Will they resonate with those books the same way adults do? Kids start from scratch with their perspective of the world, and they want to read books about kids they can relate to.

The truth is that kids read books their friends and classmates recommend. But how can you, as a parent (or educator), find those books? It’s not easy to get book recommendations from other kids for your child, especially over the summer when school’s out. If you need help with finding those perfect summer reads for your child, here are the top 10 books that were rated 5 stars by our students on Biblionasium this week. 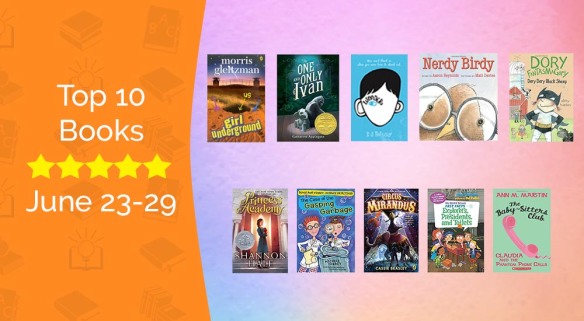 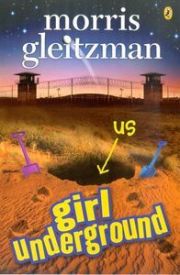 Trying to fit in at a posh new school is really hard when your loving and lovable family also happen to be criminals. Bridget is succeeding pretty well and has even made a friend, Menzies, the son of the federal Minister for National Development. Then she finds out about Menzies’ penfriend, Jamal, a refugee kid from Afghanistan held in a detention centre. When daring appeals to the government and the prime minister himself fail to set Jamal and his sister free, Bridget and Menzies decide to take matters into their own hands. 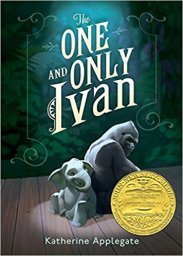 The One and Only Ivan

This Newbery award-winning novel is inspired by the true story of a captive gorilla known as Ivan. Having spent twenty-seven years behind the glass walls of his enclosure in a shopping mall, Ivan has grown accustomed to humans watching him. He hardly ever thinks about his life in the jungle. Instead, Ivan occupies himself with television, his friends Stella and Bob, and painting. But when he meets Ruby, a baby elephant taken from the wild, he is forced to see their home, and his art, through new eyes. 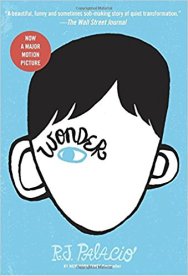 by R. J. Palacio
I won’t describe what I look like. Whatever you’re thinking, it’s probably worse.

August Pullman was born with a facial difference that, up until now, has prevented him from going to a mainstream school. Starting 5th grade at Beecher Prep, he wants nothing more than to be treated as an ordinary kid—but his new classmates can’t get past Auggie’s extraordinary face. 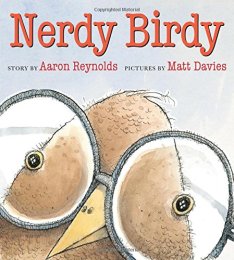 Nerdy Birdy likes reading, video games, and reading about video games, which immediately disqualifies him for membership in the cool crowd.

One thing is clear: being a nerdy birdy is a lonely lifestyle.

When he’s at his lowest point, Nerdy Birdy meets a flock just like him. He has friends and discovers that there are far more nerdy birdies than cool birdies in the sky. 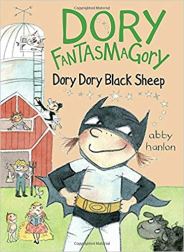 Ever since Dory met Rosabelle, a real true friend whose imagination and high spirits match her own, school has been pretty good. But now the class is learning to read, and it’s proving to be a challenge for Dory. While Rosabelle can read chapter books in her head, Dory is stuck with baby books about a happy little farm. Dory wishes for a potion to turn her into a reader but things don’t go as planned. 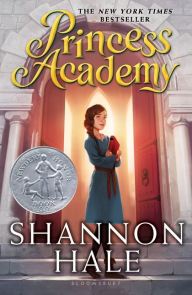 Miri lives on a mountain where, for generations, her ancestors have lived a simple life. Then word comes that the king’s priests have divined her village the home of the future princess. In a year’s time, the prince will choose his bride from among the village girls.The king’s ministers set up an academy on the mountain, and every teenage girl must attend and learn how to become a princess. Soon Miri finds herself confronted with a harsh academy mistress, bitter competition among the girls, and her own conflicting desires. Winning the contest could give her everything she ever wanted-but it would mean leaving her home and family behind. 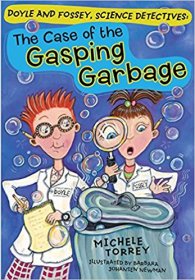 The Case of the Gasping Garbage (Doyle and Fossey, Science Detectives)

Doyle and Fossey are on a mission—a monster mission! It seems there’s a giant bloodsucking monster gasping and gurgling in their friend Gabby’s garbage can. Can they figure out what’s up before the creature gobbles Gabby for lunch? This and four more cool cases will have kids checking out the clues—and learning great science too, including facts about the life cycle of a frog and chromatography. 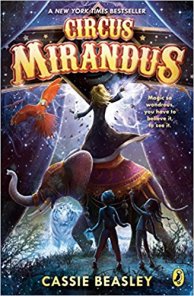 Even though his awful Great-Aunt Gertrudis doesn’t approve, Micah believes in the stories his dying Grandpa Ephraim tells him of the magical Circus Mirandus: the invisible tiger guarding the gates, the beautiful flying birdwoman, and the magician more powerful than any other—the Man Who Bends Light. Finally, Grandpa Ephraim offers proof. The Circus is real. And the Lightbender owes Ephraim a miracle. With his friend Jenny Mendoza in tow, Micah sets out to find the Circus and the man he believes will save his grandfather. 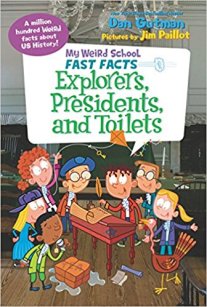 by Dan Gutman and Jim Paillot

Did you know that the word “independence” never appears in the Declaration of Independence? Did you know that soldiers in World War I collected thousands of glowworms in jars to help them see at night?!Learn more weird-but-true U.S. history facts with A.J. and Andrea from Dan Gutman’s bestselling My Weird School series. This all-new series of nonfiction books features hundreds of hysterical facts, plus lots of photos and illustrations. 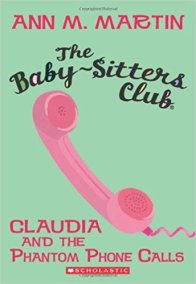 Claudia and the Phantom Phone Calls (The Baby-Sitters Club, No.2)

Being a good baby-sitter isn’t always easy, and the vice-president of the Baby-Sitters Club, Claudia Kishi, is learning that the hard way. She and the other club members have started getting strange calls on the job. Is it the Phantom Caller, a jewel thief who’s been breaking into houses in the area? One thing is certain — the Club has to take action to protect their kids!

Check out Biblionasium to find more book recommendations for kids!