It is never too early to start teaching a child awareness about racism.  We stand against the systemic oppression and injustice faced by the Black community and speak out that Black Lives Matter.

The books on this list can be used as a starting place to jumpstart discussions around racism, discrimination, and resistance.  The future is in our children’s’ hands and we hope to raise a generation that breaks the chains of racism and creates a better future for all.

Sit-In: How Four Friends Stood Up By Sitting Down by Andrea Davis Pinkney, illustrated by Brian Pinkney 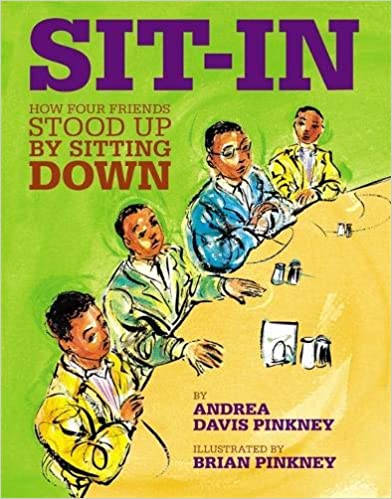 This picture book is a celebration of the 50th anniversary of the momentous Woolworth’s lunch counter sit-in, when four college students staged a peaceful protest that became a defining moment in the struggle for racial equality and the growing civil rights movement. Ages 7–10.

Malcolm Little: The Boy Who Grew Up to Become Malcolm X by Ilyasah Shabazz, illustrated by AG Ford 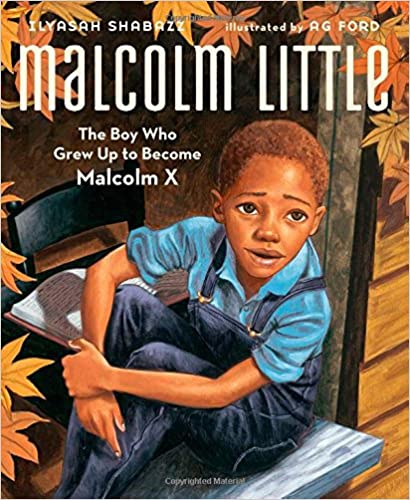 Ilyasah Shabazz gives us a unique glimpse into the childhood of her father, Malcolm X, with a lyrical story that carries a message that resonates still today — that we must all strive to live to our highest potential. Ages 6–10.

Zuri Benitez has pride. Brooklyn pride, family pride, and pride in her Afro-Latino roots. But pride might not be enough to save her rapidly gentrifying neighborhood from becoming unrecognizable. When the wealthy Darcy family moves in across the street, Zuri fights to find her place in Bushwick’s changing landscape, or lose it all. Pride and Prejudice gets remixed in this smart, funny, gorgeous retelling of the classic, starring all characters of color, from Ibi Zoboi, National Book Award finalist and author of American Street. Ages 12 and up

Schomburg: The Man Who Built a Library by Carole Boston Weatherford, illustrated by Eric Velasquez

In luminous paintings and arresting poems, two of children’s literature’s top African-American scholars track Arturo Schomburg’s quest to correct history. This law clerk’s life’s passion was to collect books, letters, music, and art from Africa and the African diaspora and bring to light the achievements of people of African descent through the ages.  A century later, his groundbreaking collection, known as the Schomburg Center for Research in Black Culture, has become a beacon to scholars all over the world. Ages 9–12.

My Hair is a Garden by Cozbi A. Cabrera

After a day of being taunted by classmates about her unruly hair, Mackenzie can’t take any more and she seeks guidance from her wise and comforting neighbor, Miss Tillie. Using the beautiful garden in the backyard as a metaphor, Miss Tillie shows Mackenzie that maintaining healthy hair is not a chore nor is it something to fear. Most importantly, Mackenzie learns that natural Black hair is beautiful. Ages 5–8. 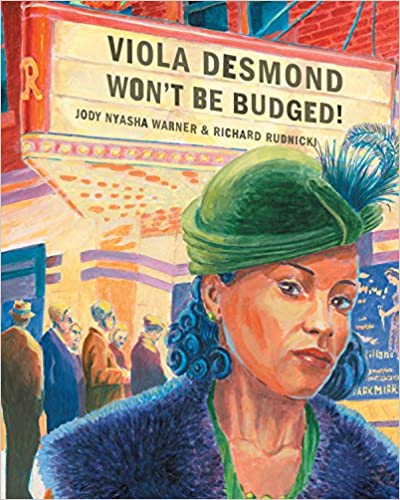 In 1946, Viola Desmond bought a movie ticket at the Roseland Theatre in Nova Scotia. After settling into a main floor seat, an usher came by and told her to move, because her ticket was only good for the balcony. She offered to pay the difference in price but was refused: “You people have to sit in the upstairs section.” Viola refused to move. She was hauled off to jail, but her actions gave strength and inspiration to Canada’s Black community. Ages 5–9.

Ruth and the Green Book by Calvin Alexander Ramsey, illustrated by Floyd Cooper

Ruth was so excited to take a trip in her family’s new car! In the early 1950s, few African Americans could afford to buy cars, so this would be an adventure. But she soon found out that Black travelers weren’t treated very well in some towns. Finally, a friendly attendant at a gas station showed Ruth’s family The Green Book. It listed all of the places that would welcome Black travelers. Ruth’s story is fiction, but The Green Book and its role in helping a generation of African American travelers avoid some of the indignities of Jim Crow are historical fact. Ages 7–11.

Something Happened in Our Town by Marianne Celano, Marietta Collins, and Ann Hazzard, illustrated by Jennifer Zivoin

Something Happened in Our Town follows two families — one white, one Black — as they discuss a police shooting of a Black man in their community. The story aims to answer children’s questions about such traumatic events, and to help children identify and counter racial injustice in their own lives. Includes an extensive Note to Parents and Caregivers with guidelines for discussing race and racism with children, child-friendly definitions, and sample dialogues. Ages 4–8.

Stamped: Racism, Antiracism, and You: A Remix of the National Book Award-winning Stamped from the Beginning by Jason Reynolds and Ibram X. Kendi 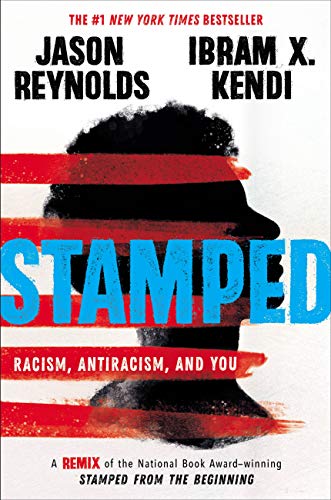 The construct of race has always been used to gain and keep power, to create dynamics that separate and silence. This remarkable reimagining of Dr. Ibram X. Kendi’s National Book Award-winning Stamped from the Beginning reveals the history of racist ideas in America, and inspires hope for an antiracist future. It takes you on a race journey from then to now, shows you why we feel how we feel, and why the poison of racism lingers. It also proves that while racist ideas have always been easy to fabricate and distribute, they can also be discredited. Ages 12 and up

Rosa Parks refused to give up her seat on a bus and sparked a boycott that changed America. Harriet Tubman helped more than 300 slaves escape the South on the Underground Railroad. Shirley Chisholm became the first black woman elected to the U.S. House of Representatives. The lives these women led are part of an incredible story about courage in the face of oppression; about the challenges and triumphs of the battle for civil rights; and about speaking out for what you believe in–even if it feels like no one is listening. Ages 6-10

Roll of Thunder, Hear My Cry by Mildred D. Taylor

Winner of the Newbery Medal, this remarkably moving novel has impressed the hearts and minds of millions of readers. Why is the land so important to Cassie’s family? It takes the events of one turbulent year—the year of the night riders and the burnings, the year a white girl humiliates Cassie in public simply because she’s black—to show Cassie that having a place of their own is the Logan family’s lifeblood. It is the land that gives the Logans their courage and pride—no matter how others may degrade them, the Logans possess something no one can take away. Ages 11 and up

Historically poets have been on the forefront of social movements. Woke is a collection of poems by women that reflects the joy and passion in the fight for social justice, tackling topics from discrimination to empathy, and acceptance to speaking out. Woke: A Young Poet’s Guide to Justice is a collection of poems to inspire kids to stay woke and become a new generation of activists. Ages 8-12

Carole Boston Weatherford depicts Harriet Tubman’s initial escape from slavery and her mission to lead others to freedom as divinely inspired, and achieved by steadfast faith and prayer. On the eve of her being sold and torn from her family, Tubman prays in her despair. In response, “God speaks in a whip-poor-will’s song. ‘I set the North Star in the heavens and I mean for you to be free.’ The twinkling star encourages Tubman: “My mind is made up. Tomorrow, I flee.” A foreword introduces the concept of slavery for children and an author’s note includes a brief biography of Tubman. Ages 5–8.

Fifty years after her refusal to give up her seat on a Montgomery, Alabama, city bus, Rosa Parks is still one of the most important figures in the American civil rights movement. This tribute to Rosa Parks is a celebration of her courageous action and the events that followed. Ages 4–8.

Published in partnership with curators from the Smithsonian National Museum of African American History and Culture, this illustrated biography compilation captures the iconic moments of fifty African American women whose heroism and bravery rewrote the American story for the better. They were fearless. They were bold. They were game changers.